From Bleary-Eyed to Eye-Opening: Experiencing Cob Construction and Curriculum 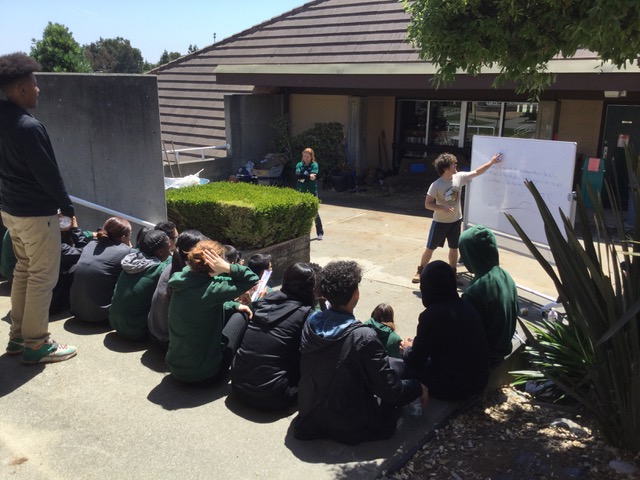 I woke up, bleary-eyed, to a mother (Sustainable Solano’s Nicole Newell) that seemed clear, coherent and insistent that I wear flip-flops to the cob site. This was at 5 in the morning, mind you. She claimed that she was just as exhausted as me, but I was dubious, and not particularly looking forward to the rest of the day. Little did I know it was going to be a heartwarming gathering of teachers and students who collaborated to make a cob conglomerate of a bench (I mean that in a good way, I promise.). But this was before I had become cob enlightened, or “coblightened.”

So all of you Sustainable Solano readers may be asking: What is cob? Well, cob is a combination of sand, soil, clay and straw that, when mixed correctly, forms a substance that is initially like mud. But after a couple of days of drying, it hardens to the point where you can touch it without dirtying your hands. Think of it like sustainable concrete, a concrete that responds to the ebbs and flows of the environment. 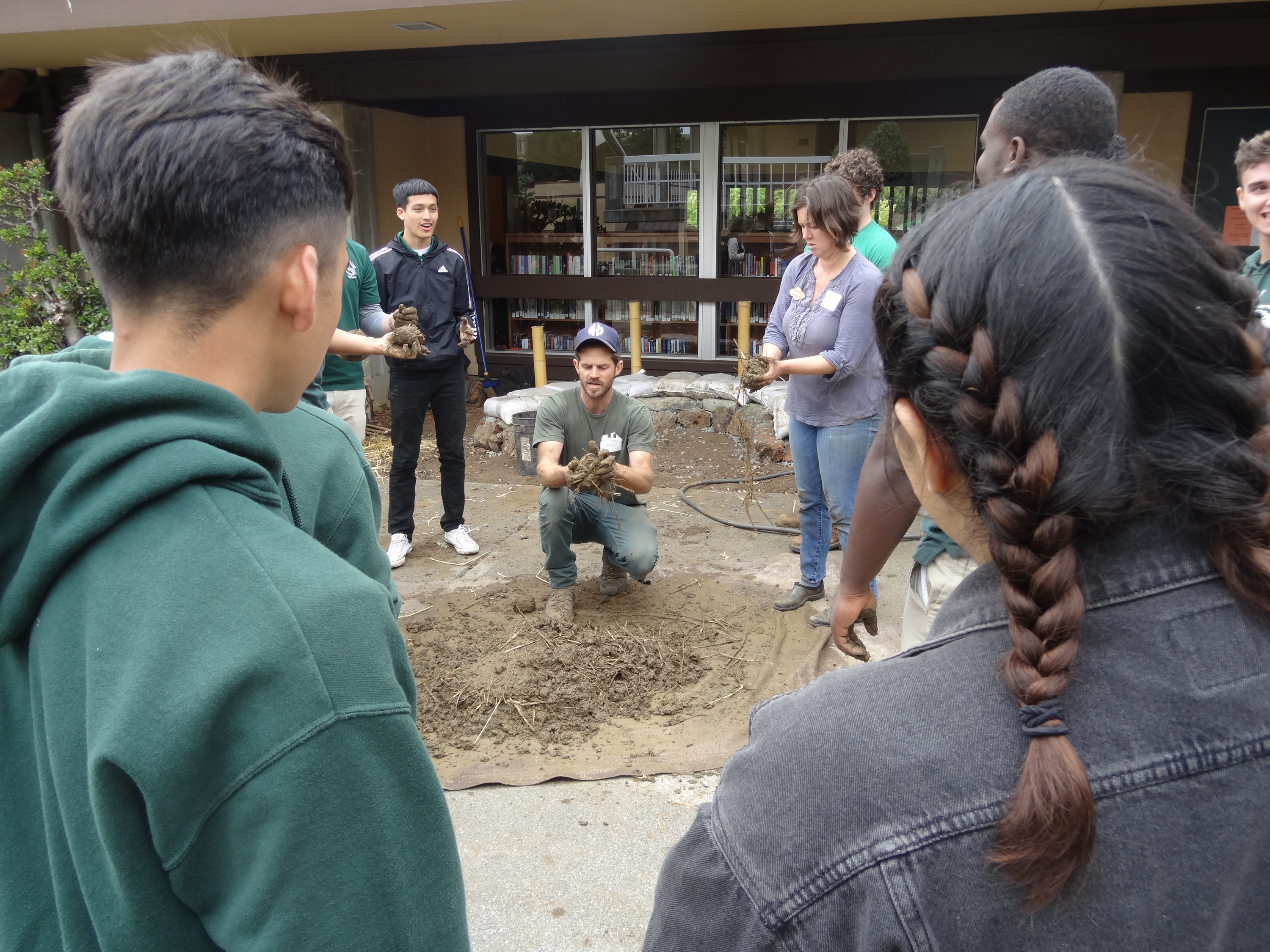 Brennan Bird talks with students about the properties and tensile strength of the cob material.

So we get to St. Patrick-St. Vincent Catholic High School, 7:30 in the morning at this point, and I meet Brennan Bird, or Mr. B, as he insists his students call him. We walk up to the cob site, and he has already got a foundation with bamboo set up for the cob bench. When we started filling up foundation bags for the project, I take note of the mud and rocks everywhere, and reflect on how dear mother wanted me to wear flip-flops. Whilst shoveling clay and molding the bench, I was glad I didn’t take her advice, but instead wore boots.  At this point the students came for their environmental science class, and I had to pretend I knew what I was doing for the first several hours or so while working with the kids. After several more classes, with the help of Mr. B’s presentations, I felt like a master of the trade. 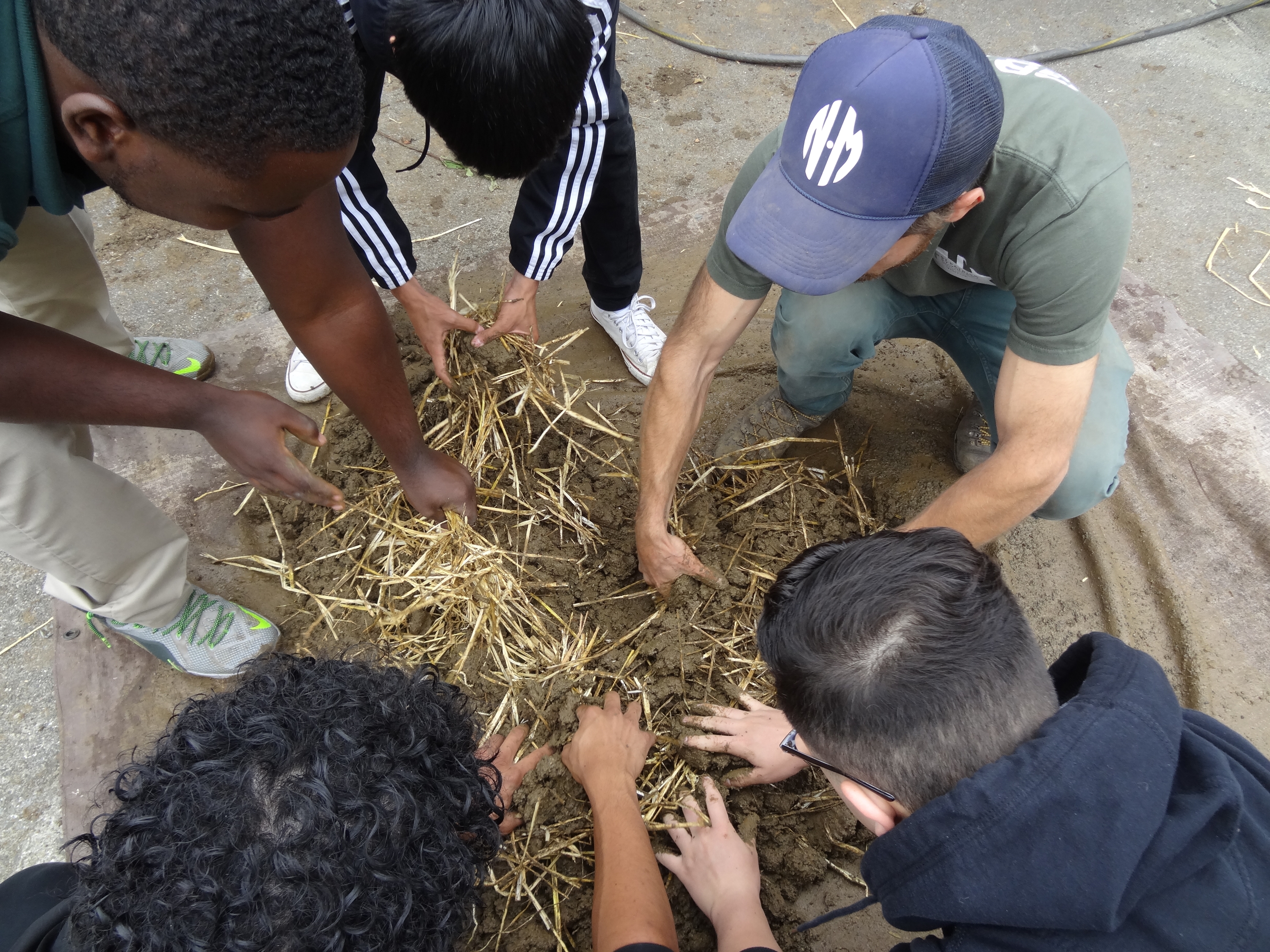 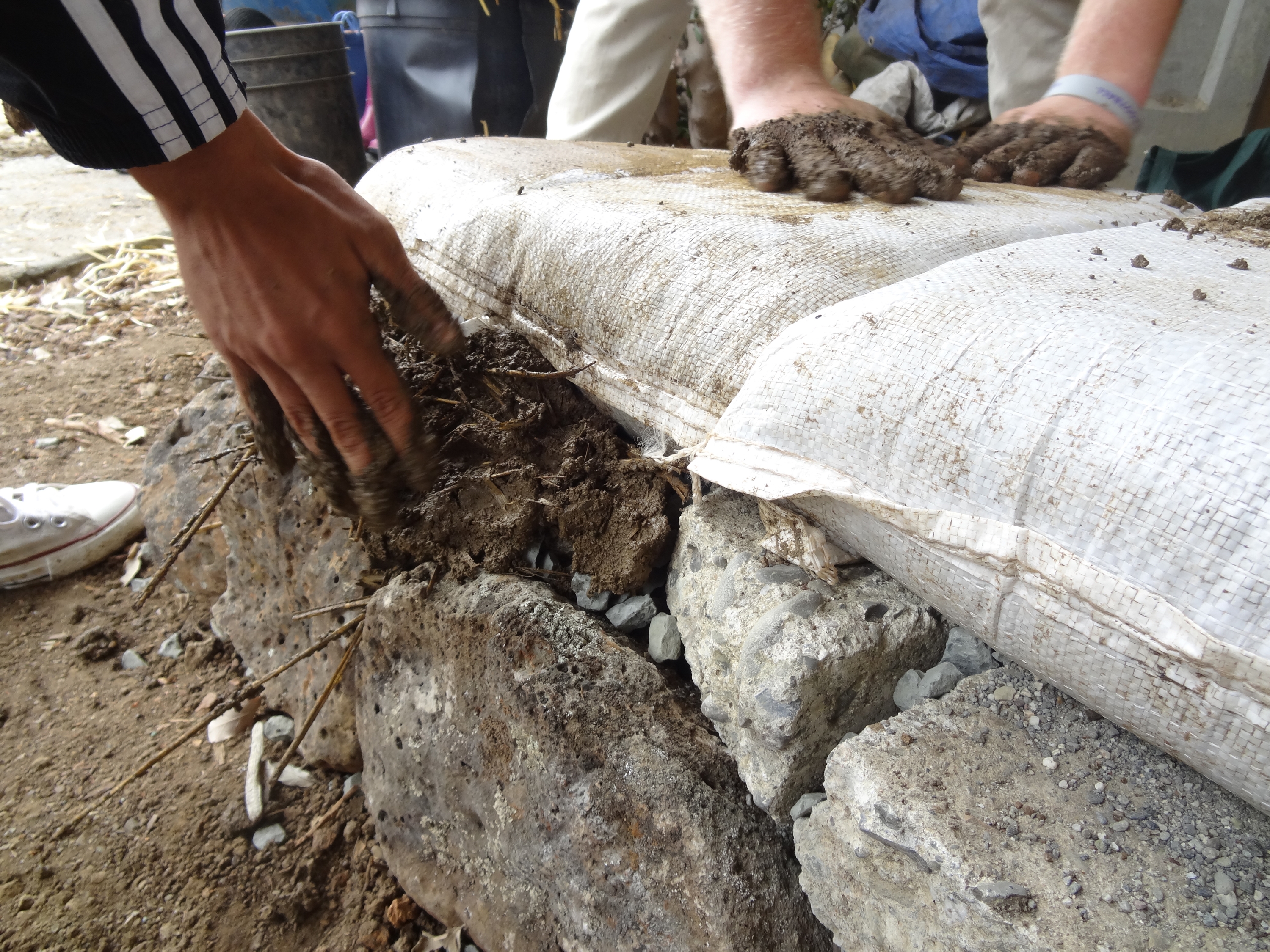 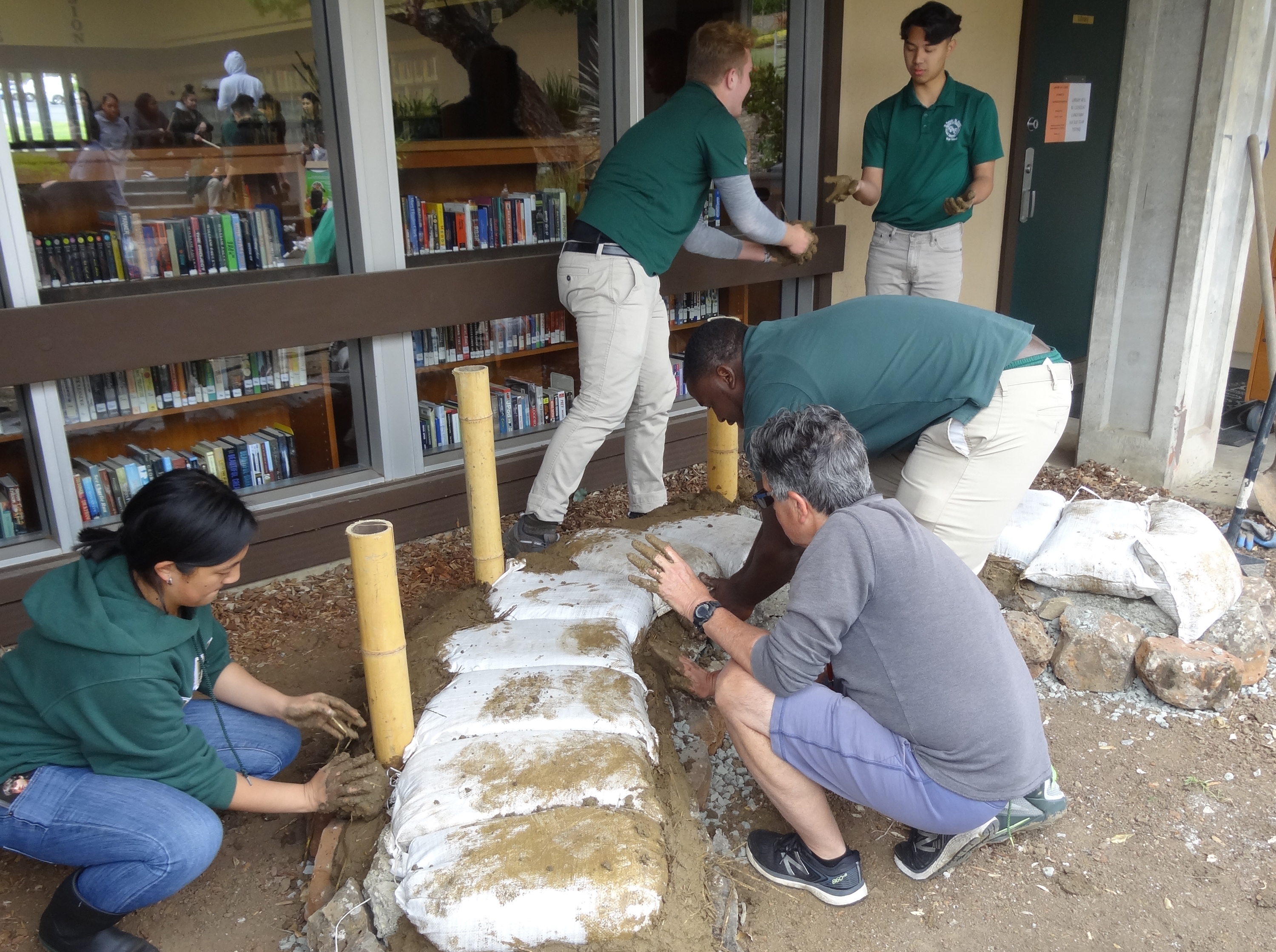 While we were making the bottle bricks (plastic bottles filled with plastic film garbage to stabilize the bench), many of the students were hesitant to get their hands dirty. Prom had just ended, and all the girls still had their nails done. But with gentle encouragement, most of the students joined in on the cob-making. The next day, I even got to teach a class of freshman and sophomores a little bit of algebra from my engineering academy days. All in all, it was a great experience for everyone involved, and I’m looking forward to the day I can make my next cob masterpiece.

The cob bench project Maxfield writes about is a part of the exciting new partnership between Sustainable Solano and St. Patrick-St. Vincent Catholic High School that combines projects such as the cob bench and a demonstration food forest garden with the development of a sustainability curriculum. The curriculum pilot is made possible through funding from the Solano Community Foundation’s ED Plus grant and the demonstration food forest installation is funded by the Solano County Water Agency. Learn more about the program in the press release here and in this Vallejo Times-Herald article.