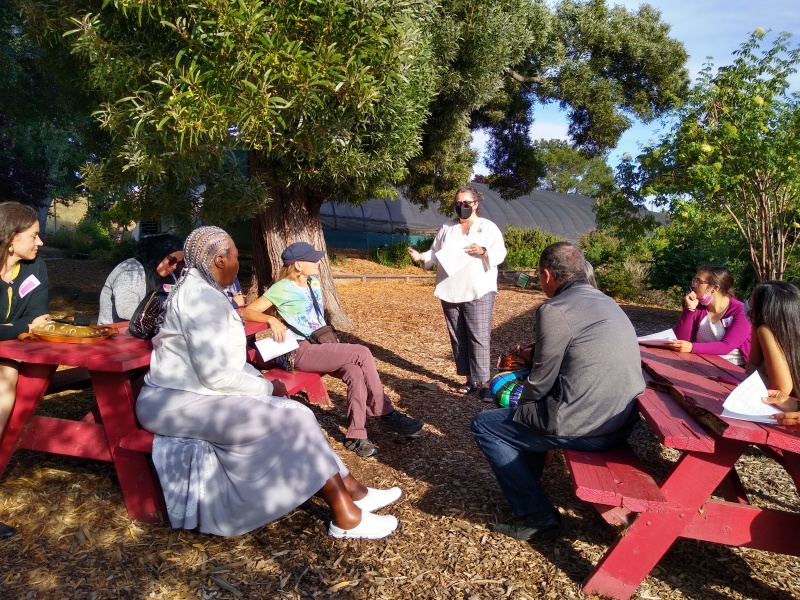 The Vallejo Food Rescue Project had its official launch meeting in early June at Loma Vista Farm, bringing together people from organizations involved in current food rescue and distribution operations in the city and seeking guidance on how to streamline and shape food rescue efforts in Vallejo.

“So much of what we do is not about lifting a box of food,” Food is Free Solano Executive Director Heather Pierini said. “It’s about getting food to people in need.”

Starting the meeting in the shade of the large tree that centers the entrance to the educational farm and surrounded by pollinator and native plants, the attendees acknowledged the indigenous stewards of the land’s history and shared about their own work in the food system. Organizations represented at the meeting included the Islamic Center of Vallejo; Emmanuel Arms Community Inc., the nonprofit arm of Emmanuel Temple Apostolic Church; Catholic Charities of Yolo-Solano; and Vallejo Together.

Many related how the need for food has grown in the community and they could serve many more people if they had more access to food for distribution. Food pantries quickly empty out, and hundreds of people show up for meals or to pick up food.

Heather noted that the meeting brought together a diverse group of individuals and organizations. Each of these groups can reach different communities, and it’s important to make sure resources are spread out so that people feel they have someone to reach out to, she said. 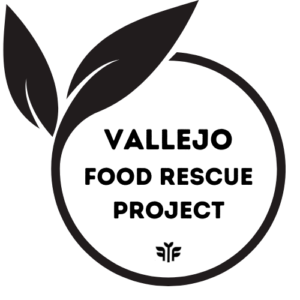 The Vallejo Food Rescue Project is a joint effort between Food is Free Solano and Sustainable Solano under a grant from the Office of Environmental Justice at the EPA. It seeks to support current efforts by creating a network of organizations and individuals and develop an app that can be used to streamline the giving and receiving of excess food within the city. The app is being developed by Kim Quach of FreeBites.

The project is using a collaborative problem-solving approach under EPA guidance.

“The people doing the work actually design the solution,” said Lauren Gucik, the SuSol program manager involved in the project.

That’s why it was important to have this first meeting with selected stakeholders. Upcoming meetings will be open to the general public and involve more wide-ranging discussion around how the Vallejo community can share food between institutions, organizations and individuals.

The issue is two-fold: The state is now requiring that excess food go first to people, then animals, then compost to keep food waste out of landfills. There is also an increased need for food, with hunger rising sharply in the county during the pandemic. Organizations that seek to distribute food run into myriad challenges, from restaurants that are hesitant to donate food due to liability concerns to not having enough ways to get information out to people about the food distribution and other services they are offering. The Vallejo Food Rescue Project seeks to address that by increasing collaboration, food security, better health for our communities and a reduction in landfill waste, said Cristal Gallegos with Food is Free Solano.

A big part of that is the app, which the group discussed. Kim developed FreeBites while a student at UC Davis. She witnessed first-hand how food was often thrown away after university-catered events, while at the same time there were students who were hungry on campus. She created the app as a direct response to this and to help bridge the disconnect. As part of this project, she’s further developing the app to help with the logistics and build community around food sharing.

The app will allow posting of surplus food, create a map that shows available food resources based on distance, and match donors and recipients.

Heather likened the use of the app to the way someone might post an item on Facebook Marketplace. It’s a way to share what is available locally with those who might be interested. But through using filters, those donating food and those receiving it are able to narrow down who gets the notifications. So if a caterer has 30 extra meals, their post would go only to those organizations that have said they could take that many meals and distribute them properly.

“That right there takes me five texts,” Heather said. By shortening the communication chain through the app, the process can become easier and more efficient. 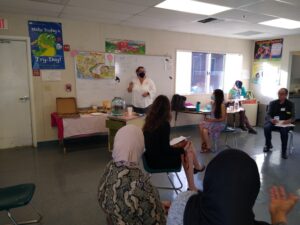 The excitement and interest around the app was apparent as the group discussed what support they could use. But something else was also going on during the meeting — connections were happening within the room.

“I’d like to acknowledge the collaboration happening here,” Cristal said, noting how when the meeting started people were talking about how they didn’t know what each other’s organizations offered, and now that they had shared and did know, they were already seeking ways to work together.

By the end of the meeting, people were inviting each other to come volunteer and observe their distribution events and to find other ways to connect. They said they left feeling hopeful, optimistic, informed and energetic and that doors were opening and help was on the way.

The project will be working on a prototype of the app through the end of July. At the next meeting, on Wednesday, Aug. 17, members of the food rescue community and the general public will be asked for feedback on the app and the possibilities and challenges they foresee.

The next VFRP community meeting will be Aug. 17 at the John F. Kennedy Library at 505 Santa Clara St. in Vallejo. The meeting will be an opportunity to learn more about the project and the app.